Let’s talk about Manifesting! Lots of spiritually conscious folks talk about how to Manifest things in their lives and business - some in ways that feel accurate to me, and other in ways that frankly are totally annoying - like, hey, I just totally manifested $500 by telling the universe I wanted $500!

For the record, that is a total simplification of how manifestation works

And, it’s a reflection of something called unconscious competence, which I’ll get into later.

On YouTube there’s this guy named JP Spears who creates spoof videos, including one called “How to Make a Vision Board” where he talks about how a lot of spiritually conscious folks manifest. The video is hilarious and also freakishly accurate. I highly recommend that you watch it! 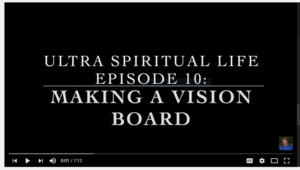 JP talks about people who call themselves spiritually conscious but spend most of their time judging other people for wanting money or success. And then he goes on show exactly how to misinterpret the Law of Attraction. Using power words like “Manifesting an Abundance of Prosperous Freedom in my Affluent Life” is great, but using those power words doesn’t have you taking new action.

And, we’ve all been there.

Well, let me just speak for myself, I’ve definitely been one of those people who was focused on thinking positive thoughts and expecting different results. Which, occasionally and sporadically would work, and I could never figure out exactly what caused manifesting to work some of the time but not other times.

Unconscious Competence is doing the right things and following Universal Laws but not knowing that you are following the laws.

Because the truth is that everything you need to be successful is already inside of you, you just have to become aware of it. And, how do you become aware? You have to engage in actions that are aligned to how your soul is actually designed to manifest.

And we do that by taking action.

The place where most spiritually conscious folks get stuck with manifesting new results in is their heads. For example, there are many entrepreneurs out there who are “dream chasers” and have become so used to being in a state of desire that actually manifesting what they want is rather uncomfortable.

In next week’s blog post I’m going to talk about how to take action in a way that causes manifestation to happen.

Until then, leave your comments and questions below so I can sure to address them next week!

There are no comments yet. Be the first one to leave a comment!